Sen. Slama calls for four-lanes between Plattsmouth and Kansas 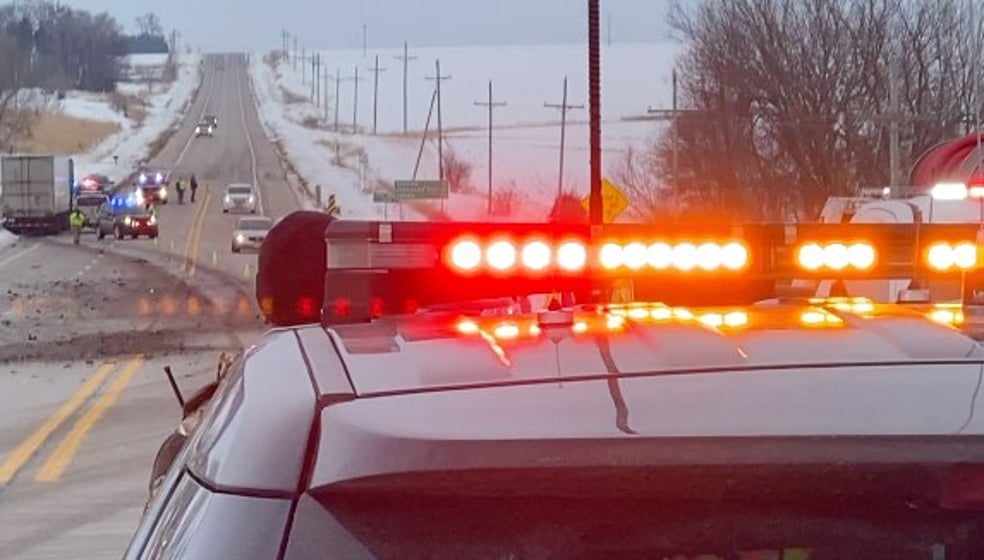 The bill would allocate funds to the Department of Transportation to construct a continuous four-lane highway from Plattsmouth to the Kansas border and paves all remaining unpaved state highways in Nebraska.

She said there are only three sections of unpaved state highways in Nebraska, including 10 miles in Pawnee County and 10 miles in Otoe County.

Sen. Slama says there have been 10 fatalities on Highway 75 from Plattsmouth to Nebraska City from 2016 to 2020 and 222 crashes from Nebraska City to the Kansas border.

Here is the senator's column

Paving The Way For District 1
Bill introductions have concluded and committee hearings start next week! With over 800 bills introduced, the various committees will be hard at work going through the numerous bills. This column will highlight one of my bills this session that will have a direct, positive impact on District 1 - LB 212.
LB 212 allocates funds to the Department of Transportation to construct a continuous four-lane divided highway system from Plattsmouth to the Kansas border. Additionally, LB 212, paves all remaining unpaved state highways in Nebraska. My office has received numerous requests for
this change, paired with personal stories of tragedy and injuries on Highway 75. This change is long, long overdue.
There are only three sections of unpaved state highways in Nebraska; 18.85 miles in Frontier County, 10.04 miles in Pawnee County, and 10.28 miles in Otoe County. In total, there are 39.17 miles of unpaved highways in the state of Nebraska, with 20.32 miles being in District 1. Paving these unpaved highways is also long, long overdue.
U.S. Highway 75 is the highway system that runs for 1,239 miles from Dallas, Texas to Kittson County, Minnesota - ending just short of the Canada-United States border. Within the state of Nebraska, it enters on the Kansas state border, 9 miles south of Dawson, traveling north across
the extreme eastern portion of the state, to the Nebraska-Iowa border in South Sioux City, crossing the Missouri river along a concurrency with Interstate 129. Currently, Highway 75 is four lanes south of Omaha until it reaches the southern edge of Plattsmouth. From the southern edge of Plattsmouth through Nebraska City, Auburn, and down to the Kansas border, Highway 75 is mainly two lanes. LB 212 seeks to expand that stretch of highway 75 to 4 lanes.
Highways play a vital role in our daily lives, and the benefits they bring to our state and its
residents cannot be overstated. From 2016-2020, US-75 from Plattsmouth to Nebraska City had 10 fatalities, 114 injuries, and 222 crashes and from 2016-2020, US-75 from Nebraska City to the Kansas Border had 12 fatalities, 144 injuries, and 326 crashes. The safety of Nebraskans is an everlasting high priority of mine and those driving on Highway 75 should feel safe during their travels.
It is time for the state to prioritize the roads in rural Nebraska. The quality of roads in rural Southeast Nebraska deserves as much attention as the roads running through cities such as Lincoln or Omaha.
As always, I welcome your input on issues important to you. Follow along on my Facebook and Twitter pages, both entitled “Senator Julie Slama” for more updates, or contact me directly at
Senator Julie Slama, District 1 State Capitol, PO Box 94604, Lincoln NE 68509-4604; telephone: 402-471-2733; email: [email protected]