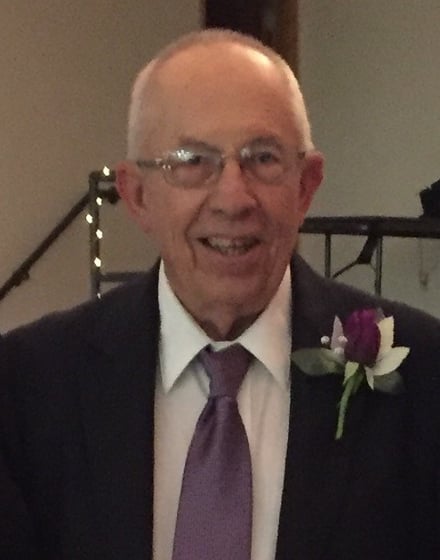 Robert M. “Bob” Ferguson, age 81 of Nebraska City passed away on Sunday, January 15, 2023 at his home surrounded by family.

Robert Morris Ferguson was born on December 1, 1941 in Tecumseh, NE; the son of Warren and Leona (Juilfs) Ferguson.  He attended school and graduated from Cook High School with the Class of 1959.   He joined the United States Air Force on Dec. 30, 1959 and proudly served his country until his honorable discharge on Oct. 3, 1963 as Airman Second Class.

Bob was united in marriage to Lynda Rae Oetken on June 24, 1960 in Lincoln, NE and to this union three children were born:  Danny, Kenny and Angie.  Lynda preceded him in death on March 17, 2021.

Bob and Lynda moved to Nebraska City in 1975 from Hamburg, IA .  He owned and operated Bob’s Lifeguard Muffler for over 25 years until his retirement.  Prior to opening Bob’s Lifeguard Muffler,  he worked at Livengood Pontiac in Hamburg, IA as Service Manager and at Glenwood Auto as an Auto Mechanic.  Later in life, he went back to school at Iowa Western Community College where he took classes in Aviation and later received his pilot’s license.  He served on the Hamburg Fire/Rescue and Nebr. City Rescue, was a member of the Eagles and American Legion, and a former member of the Elks.  He enjoyed the many visits and conversations with his coffee friends.    Bob also loved restoring old tractors and drag racing at Scribner, NE with the family.  Bob and Lynda spent several winters in Arizona following their retirement.

In addition to his wife Lynda, he was preceded in death by his parents and an infant sister.

Memorial Services will be held on Saturday (1/21) at 11:00 a.m. at Gude Mortuary in Nebr. City.   Burial-with military honors-will be held at a later date at Wyuka Cemetery.  Immediately following the services, all are welcome to a time of lunch and fellowship at First Baptist Church, Nebr. City.

Memorials may be given for Cancer Research.

Remembrances may be left at www.gudefuneralhomes.com.

Gude Mortuary in charge of the arrangements.