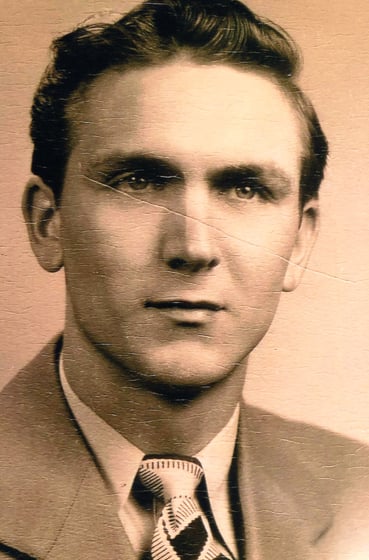 Wilson “Bill” Sigerson, age 99 of Nebraska City died November 10, 2022 at the Ambassador Care Center in Nebraska City.  Bill was born August 20, 1923 in Loup City to Wilson and Myrl (Bartlett) Sigerson, Sr.  The family included four brothers, James, Venith, Jack, Bart and one sister, Sharon Rose who was killed in an accident at age 2.  Wilson graduated from Yutan High School at age 16.  He then joined the Civilian Conservation Corps (C.C.C.) after his 17th birthday.  At age 19 he entered the military and served during World War II until 1946.  He then entered Peru College in the fall of 1946 where he graduated with a Bachelor of Arts degree in 1949.  He then earned a master’s degree in mathematics from the University of Nebraska in 1950.  He worked for Woodmen Insurance Company in Lincoln until 1962.  Bill and his family then moved back to Nebraska City, where he was a teacher at both country school, and then at Nebraska City Junior High for several years.  He retired from farming in 1993 at age 70 and moved to Nebraska City.  He was married to Ruth Ann Mitzner in May of 1947.  They had been married 68 years when Ruth passed away August 13, 2016.  Bill was a long-time member of Bethel United Church of Christ where he served as President of the Church Council, member of the Spiritual Council, Sunday School teacher and Superintendent of the Sunday School.  He was also a lifetime member of the Elks, Eagles, American Legion and the V.F.W.  Survivors include his children, Mary Garland and her husband Jeff of Lee’s Summit, MO, Daniel Sigerson of Nebraska City; grandchildren, Jonathan Garland of Lee’s Summit, MO; Bethany Cross and husband Tyler of Belton MO, McKensie Sigerson of Omaha, and Kurtis Sigerson of Nebraska City; great grandchildren, Sabella, Jaxton and Everley Cross of Belton, MO; many other relatives and friends.  He was preceded in death by his wife and grandson, Aaron Garland.

Funeral services will be 11:00 A.M. Tuesday, November 15, 2022 at Bethel Church in Nebraska City with burial in Wyuka Cemetery.

Memorials are suggested to the Child Savings Institute.

Online condolences may be expressed at www.marshallfuneral.com.

Marshall Funeral Chapel of Nebraska City is in charge of arrangements.