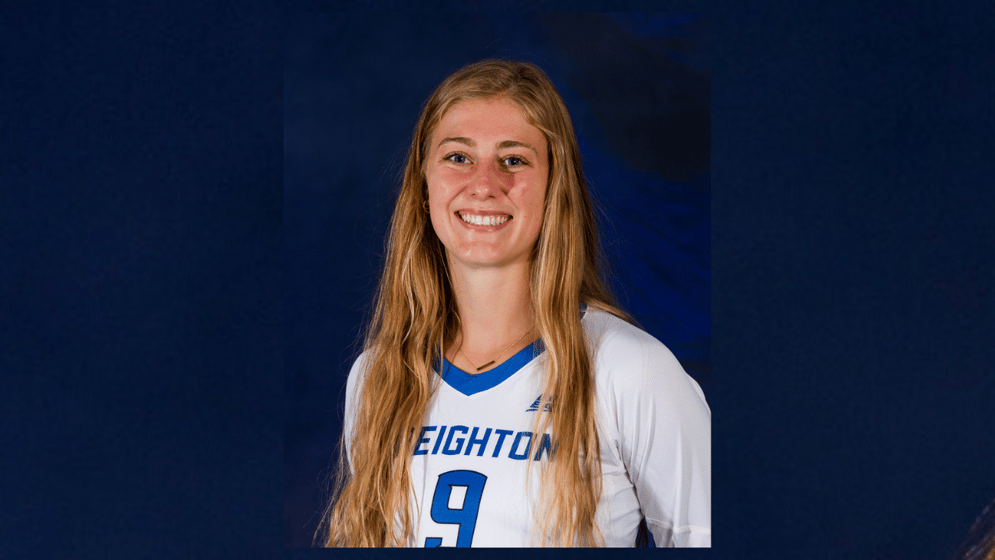 OMAHA, Neb. -- Creighton Volleyball senior Kiana Schmitt has been named BIG EAST Defensive Player of the week for the second time this fall.

Schmitt led Creighton in blocks per set (1.50) and hitting percentage (.484) while averaging 3.00 kills per set as Creighton swept a pair of matches last week.

She led CU with three blocks in Friday's sweep over Providence, helping to limit the Friars to .084 hitting. The senior also owned eight kills on .375 hitting.

In Sunday's sweep over UConn, Schmitt had 10 kills and a match-leading six blocks. She had two kills in CU's match-ending 7-0 run during the 25-21 set three victory that snapped the Huskies win streak at eight.

This is the second time this fall that Schmitt has been recognized, having also be honored on October 17