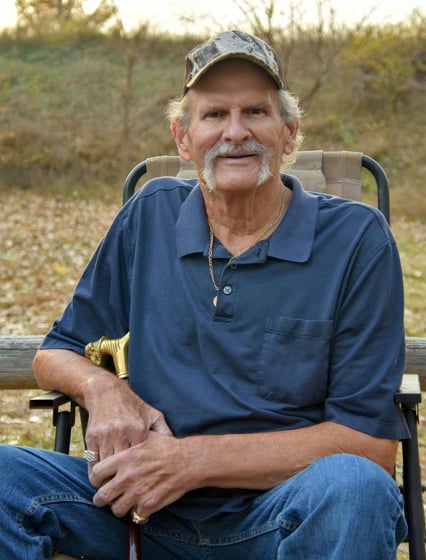 Dennis D. Stiers, 73, passed away at his home in Lincoln, Nebraska, on October 28, 2022, following a short battle with pancreatic cancer. He was born September 27, 1949, in Auburn, Nebraska to Roland and Deloris Stiers. Denny was the oldest of three children and grew up in Nemaha. He went to Nemaha High School through his junior year and was in the first graduating class of Southeast Consolidated School in 1967. He played basketball, football, and track and was in chorus and band.  He loved playing the piano and saxophone. After high school he attended Universal Trade School in Omaha, Nebraska. He married his high school sweetheart, Sara Pryor, on November 29, 1969. One daughter, Dana, was born to this marriage. Denny enjoyed being “Papa” to his two grandsons and attended as many of their music and sporting events as possible. Teaching them how to fish and play pool gave him great joy.

Denny’s work history included auto body repair, hunting guide, construction laborer, ironworker/welder, and running a commercial fishing and portable welding business. Denny loved mentoring youth in the community by sharing his love and passion of welding, fishing, hunting, and trapping. His greatest passion grew from learning to fish on the Missouri River with his Grandpa Hall.

He was a member of the Nemaha Christian Church, the Local Ironworkers Union 21 out of Omaha, Ducks Unlimited, Kansas Fur Harvesters, PFK (People for Kids) Booster Club and was a 4-H Leader.

Denny was preceded in death by his nephew Kyle Lock, parents, and brother-in-law Stan Lock.

A graveside service will be held at Prairie Union Cemetery Shubert, Nebraska on November 5, 2022, at 3:30 pm.

In lieu of flowers, memorials are suggested to Ducks Unlimited or Norwood Park Community Learning Center.

Services are entrusted to Hemmingsen Funeral Home of Auburn.