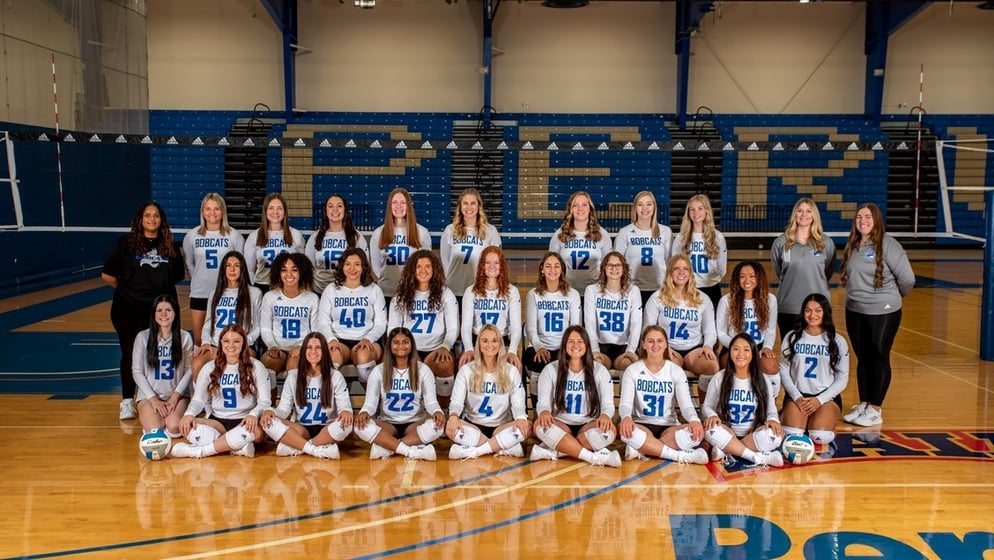 In the first set it was a back-and-forth affair between the Bobcats and the Yellowjackets. Allie Schneider (Humphrey) had a kill to have the 'Cats down one 9-8 early. Peru State would tie the game twice at 11-11 from a Graceland error and then tie the set again at 12-12 from a kill by Katie Mendick (Bellevue).

Later in the set the 'Cats would be back within one from a couple of errors by the 'Jackets to make the score 15-14. Then a 6-0 run by Graceland had the Yellowjackets with a 20-14 lead. Then a 4-2 run by the 'Cats, with the help of a few errors and kills by Mendick and Kennedy Miller (Plattsmouth), put Peru State within four down 22-18.

Peru State would lose the first set to Graceland 25-18.

In the second set, it was another tie opening as the 'Cats were clinging on to a two-point lead after Schneider had a kill to make it 10-8. Alyssa Bock (Plattsmouth) extended the lead out to three at 12-9 after an ace.

Then a 4-1 run by the Yellowjackets had the game tied at 13 apiece. A kill by Keiley Hein (Omaha) had the 'Cats take a 14-13 lead. Unfortunately, that would be the last time the Bobcats would score in the set. As a 12-0 run by the 'Jackets had them win the second set 25-14.

Peru State started well in the third set leading 6-3 after kills by Michelle Beer (Salem) and Kim Krise (Briggsdale, Colo.). A 6-0 run by the 'Jackets had them take the lead 9-6 in the third set. The 'Bobcats would get the score back within one as a Schneider kill had them trailing 10-9.

A little later in the set a 4-0 run had the Bobcats retake the lead at 13-12 from a kill by Mendick  an ace by Mattie Nichols (Auburn) and a few Yellowjacket errors.

Leading the way in kills was Schneider with ten, Mendick had seven while Beer had five. Nichols, Bock and Schneider all had one ace each. Kylee Fischer (Bellevue) and Schneider each had a block. Olivia Gordon (Oskaloosa, Iowa) led the way in assists with 18, and Schneider had six. Nichols had 18 digs while Bock had ten and Gordon finished with eight.

Peru State is at home this Friday, September 30, for a match with Culver-Stockton at 7:00 p.m.