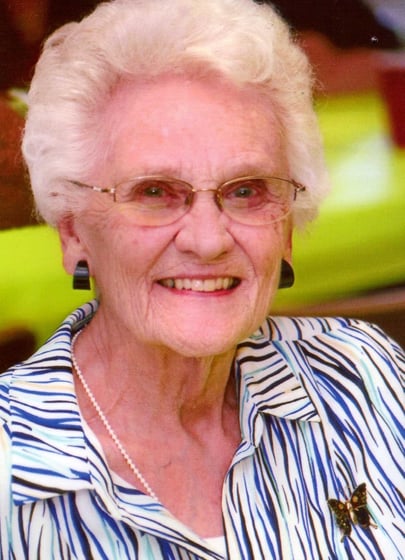 Darlene Jean Bolton, age, 93, of Council Bluffs, Iowa, formerly Henderson, Iowa, passed away Tuesday, September 6, 2022, at Primrose Assisted Living. Darlene was born August 5, 1929, in Council Bluffs, Iowa, the daughter of Earl Chalmers Clark and Anna Marie Sophia (Krakau) Clark. She graduated from the Henderson Iowa High School and attended Commercial Extension in Omaha, Nebraska. While in business school, Darlene worked at KB Ice Cream Parlor, Brandeis Employee Cafeteria, Davidson’s Furniture Store, and worked for her room and board in a private home. She later worked at Richard Young Memorial Hospital for a short time in 1948 and Mutual of Omaha Insurance until 1950. On July 8, 1950, Darlene was united in marriage to Harvey Stevens Bolton in Macedonia, Iowa. They lived many years near Henderson, Iowa. Darlene currently resided in Council Bluffs, Iowa. Over the years, Darlene was a member of the Macedonia United Methodist Church from 1950 until 1988, where she was quite active teaching Sunday School and Bible school as well as being the church Treasurer from 1975-1985. Later she attended Faith Community Church in Red Oak and most recently Henderson Christian Church. She was a longtime member of the Wednesday Women’s Club where she served as Secretary, Vice-President, President, and Reading Chairman and was very involved with the Macedonia Library. Darlene was a voracious reader who enjoyed genealogy and spending time with her family whom she loved with all her heart.

Nelson-Boylan-LeRette Funeral Chapel of Red Oak, Iowa, is in charge of arrangements.