Madison Kindle takes over the Peru State volleyball team as the head coach for 2022 in her first season. Her assistant coach Justin Marshall and graduate assistant Gabbi Dupuis are also entering their first season.
Tuesday, August 23rd 2022, 11:29 AM CDT
By Peru State Athletics 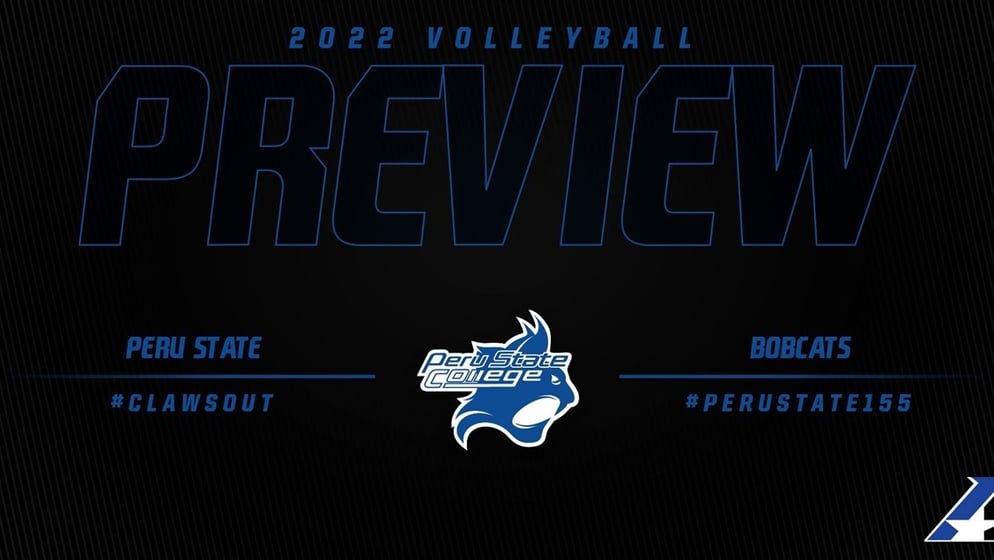 (Peru, Neb.)—Madison Kindle takes over the Peru State volleyball team as the head coach for 2022 in her first season. Her assistant coach Justin Marshall and graduate assistant Gabbi Dupuis are also entering their first season.

Last year the Bobcats went 5-28 overall and went 3-16 in Heart of America Athletic Conference. This year the 'Cats were picked to finish 13 out of 14 in the Heart Preseason Media Poll.

The Bobcats play two nationally ranked teams as Grand View is ranked 21st and comes to Peru on Tuesday, August 30, and they will travel to Grand View on Saturday, October 29. Peru State also welcomes No. 6 Park to town on Friday, October 21.

Katie Mendick (Bellevue), Michelle Beer (Salem) and Mattie Nichols (Auburn) are three of the top returners whom come back to Peru for the 2022 season. Mendick is in her sophomore season as an outside hitter last season she played in 10 matches having 42 kills with a 1.56 k/s,  44.5 points and 10 digs on the season.

Nichols enters her senior season as a defensive specialist as she played in 28 matches last season as she had 216 digs last season, 23 points and only committed six errors a season ago.

There are several key losses from last season Jaddy Duarte (Brasilia, Brazil), Alexandra Chavarria (Hollister, Calif.) and Cheyenne Birkle (Holden, Mo.). Duarte was a middle hitter who last season played in 22 matches, she had 147 kills 2.10 k/s, a hitting percentage of .230,  and scored 177.5 points and 21 digs on the year. Chavarria was an opposite hitter and played in 32 matches where she had 222 kills, 2.13 k/s, 236.5 points and 54 digs. Birkle was a defensive specialist who played in 33 matches and had 497 digs.

Cassie Davis (Colorado Springs, Colo.) was another big loss as a setter from a season ago. She played in 33 matches with a hitting percentage of .384 and 228 digs. Chavarria and Davis earned Heart All-Conference recognition at the end of last season.

Here is what first year head coach Madison Kindle had to say about the upcoming season:

"I am so excited for this upcoming season, it is going to be a year of learning, growing and building, said Coach Kindle. "We have a great group of players and have made some additions to our coaching staff that will help us take this program to the next level. GO BOBCATS"

The Bobcats have just started the season on Friday, August 19, where unfortunately, they dropped both matches in a tri. They lost to Central Christian College in five sets and were swept by Sterling College.

Peru State is back on the court this Wednesday, August 24, against Southwestern College at 6:00 p.m. in Winfield, Kan.