When Duane Lyle Ridnour was born in New Market, Iowa on December 24, 1938, his parents could not have imagined the number of people he would touch throughout his lifetime and until his passing on July 23, 2022. This is his story: a life well-lived and wel
Wednesday, July 27th 2022, 4:34 PM CDT 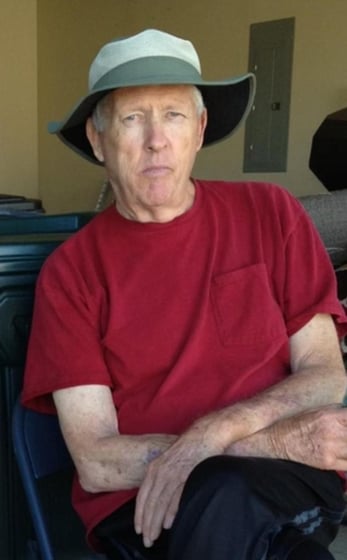 When Duane Lyle Ridnour was born in New Market, Iowa on December 24, 1938, his parents could not have imagined the number of people he would touch throughout his lifetime and until his passing on July 23, 2022. This is his story: a life well-lived and well-loved …

Being the only son of LaVerna and Orval Ridnour, Duane was the center of his family’s attention. In his mother’s eyes her “Duaney” could do no wrong. To his three sisters, Phyllis, Gloria and Melva, Duane was their protector and friend and always a bit onery. Family and friends can tell many stories of Duane’s playful antics. From locking his great-grandmother in the outhouse, to jumping out a window during school detention to telling outlandish stories often leaving people to ask, “Is that true?” A question to which, Duane would simply grin and chuckle.

Growing up Duane had a love of animals. He tamed a pigeon, taught his rat terrier to “attack” his sisters’ boyfriends and nurtured a menagerie of wild animals from neglect to health. His connection with nature would grow into Duane’s favorite pastimes of fishing, hunting and training his German Shorthaired Pointer.

Building on natural talent and hard work, Duane became an accomplished athlete as a stand-out pitcher for the Clarinda A’s Baseball Team, being inducted into the Hall of Fame in 1983, and earning a college basketball scholarship to Tarkio College. His basketball scholarship provided Duane the opportunity to pursue a degree in education.

In 1961, Duane started his career as a history teacher and coach in Sidney, Iowa. As a young teacher, Duane enjoyed running with friends and working summers as pool manager. His bachelor life would quickly change when a new teacher, Donna Coy, arrived for orientation. Duane described being “stopped in his tracks.” With one look, he knew she was the love of his life. Through the help of students passing notes from Mr. Ridnour to Miss Coy, Duane would marry Donna on July 16, 1967. Two and four years later they would welcome daughters Jenea and Janine; building a close and loving family which years later would expand to include Jenea’s husband Kurt Oliver and their three children, Jadyn, Zayne and Cade.

Active in the community, Duane was involved in civic organizations for many years including the Chamber of Commerce, Lion’s Club, Masonic Lodge and Volunteer Fire and Rescue. Duane also worked in the Sidney Iowa Rodeo ticket office for more than two decades. Duane was “promoted” as he explained to a volunteer job perfectly made for him?overseeing one of the rodeo beer stands. Here he could socialize while drinking a beer and working with his family and friends.

To provide more for his family, Duane pursued a master’s degree from Northwest Missouri State University in education administration. This degree led Duane to his professional calling, being named Sidney High School principal in 1970. Duane proudly held this position for 28 years; positively impacting more than three generations of students, teachers and staff. When asked why he stayed in the position so long, Duane simply replied, “Why would I leave a job I love?”

As principal, Mr. Ridnour was stern (he had “the look”) with high expectations and yet honest, caring, fair and every person’s biggest fan. He made you toe the line while also being the first to smile, pat you on the back and crack a joke. Never judgmental, Mr. Ridnour accepted people for who they were and treated everyone with respect. He made you believe you could be more than your potential. No matter how many years since graduation, Mr. Ridnour remembered you by name, went out of his way to speak to you and never tired of hearing about your life and family. For many, he was “that teacher.” The teacher who made a difference in your life, the leader you looked up to, a mentor you role modeled.

Duane’s personal impact was only felt more by his family. Duane was a devout family man. Spending time with his and Donna’s families brought great joy. At family gatherings he enjoyed playing cards and telling stories over meals from the catch of the day. Losing Donna in 1997 after a short battle with cancer, left an ache in his heart that further intensified his focus on family. When Duane became a grandpa, his three grandchildren became the essence of his world. From babysitting them as toddlers to fishing to attending their activities to playing games to learning how to text and everything in between, he was an involved and active grandpa extraordinaire.

Duane would be the first to tell you he lived a good life. He felt blessed to be healthy and live independently to the age of 83.5. He gained internal reward from being neighborly shoveling walks, mowing lawns, planting a community garden, taking non-drivers to appointments and visiting the homebound. He appreciated the simplicity in life; driving country roads, watching wildlife, a challenging crossword puzzle or reading a historical biography.

It is hard to imagine the impact Duane had on those who knew him. And yet, one truth is known…we are all better because of him. He left us with many memories and a legacy of how to treat one another. It is these memories and lessons he wanted us to recall, celebrate and share. In only Duane’s humble style, he asked in lieu of flowers or memorials, for those who want to remember him to perform an anonymous and random act of kindness while smiling in his honor. Can’t you just hear him telling you this request with “that” grin? Only, Duane – a life well-lived and well-loved!

There will be a Celebration of Life from 5:00 to 7:00 PM Friday, July 29, 2022 at the United Faith Church in Sidney, IA.  Private interment of ashes will be at another time in the Sidney, IA Cemetery.  A memorial fund has been established.

The Marshall Funeral Chapel in Sidney, IA is in charge of arrangements.