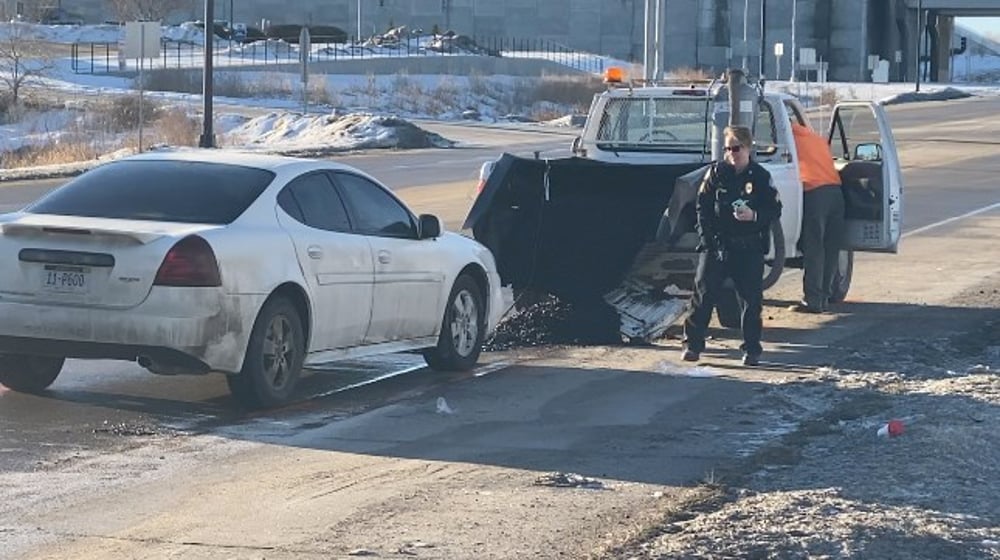 NEBRASKA CITY – Kyra Ford, 20, of Bellevue is charged with possession and driving under the influence following a traffic accident Feb. 23 that injured a Nebraska City street worker.

Prosecutors say Ford had possession of Hydrocodone and Xanax and was under the influence when her car veered into a crew working to repair potholes on 11th Street.

An arrest affidavit says Ford asked police, while at the hospital for a blood draw, if the worker was inside the truck when she hit it. Police explained that the worker was fixing potholes outside of the truck when he was hit. Another worker reported seeing something out of the corner of his eye was able to spin away.
Ford was admitted to the Crisis Center in Lincoln based on her narrative of the previous night and morning.

The injured worker is expected to recover.