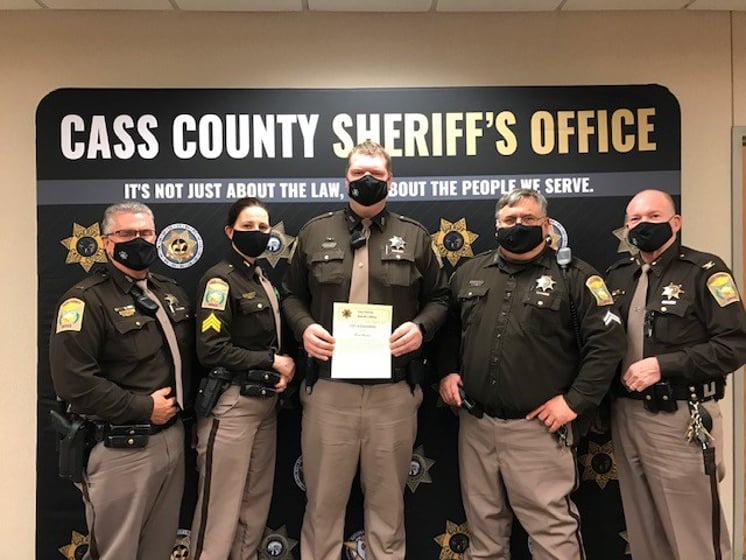 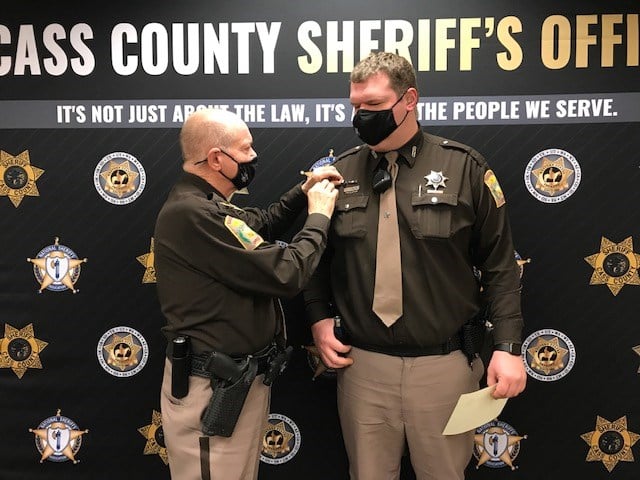 The following story was provided by Cassgram

LETTER OF COMMENDATION ISSUED for corrections officer’s actions while on duty in the Cass County Jail -- Cass County Sheriff Bill Brueggemann issued the commendation to Corrections Officer Brian Reissig for his “exemplary work and lifesaving efforts.”

The account of the incident provided by the jail/sheriff administration: On 11/03/2020, an inmate attempted to harm himself in the quarantine housing module of the Cass County Jail.
Reissig entered the top-floor cell of the inmate after another staff member alerted Reissig to the inmate trying to strangle/hang himself from a bunk with a bedsheet. Reissig is also a firefighter and did not hesitate to use his training to immediately lift the inmate in an attempt to take the strain from his neck and prevent further injury. Reissig was able to untie the knot while lifting the inmate's body, laid the inmate on the floor and began the attempt to revive the inmate.

Reissig advised Master Control and coordinated with Plattsmouth EMS directly which saved precious critical time. He provided a very complete and focused report to the responding ALS personnel while they were enroute to the jail as well as when they arrived on-site.