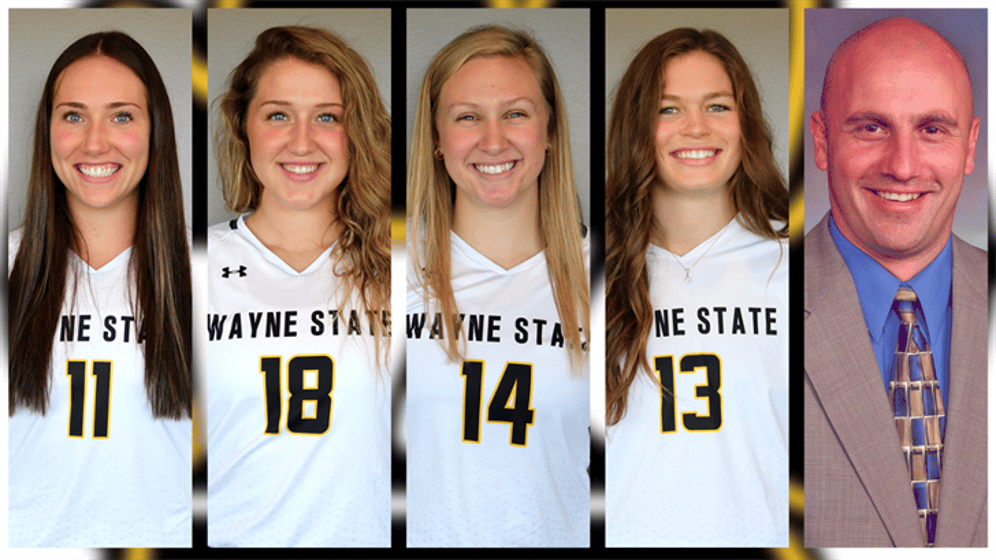 Brahmer, a 6'0'' sophomore middle hitter from Pierce, was a repeat First Team All-NSIC honoree for Wayne State this season and named D2CCA All-Central Region for the first time. She led the NSIC and ranks third in NCAA Division II with a .451 hitting percentage and is second in the NSIC in blocks per set (1.16), seventh in points per set (4.02) and ninth in kills per set (3.34). Brahmer was named NSIC Offensive Player of the Week twice this season and Defensive Player of the Week once while also being voted Most Valuable Player of the Colorado Premier Challenge and was voted to the All-Central Region Tournament Team.

Cada, a 6'0'' junior outside hitter from Wahoo, was a First Team All-NSIC and D2CCA All-Central Region Second Team selection this season for the Wildcats after recording 15 double-doubles. She averaged 3.54 kills and 2.96 digs per set for the Wildcats, ranking sixth in the league in kills and points per set (4.11). Cada was named NSIC Offensive Player of the Week October 17th and was voted to the Colorado Premier Challenge All-Tournament Team and All-Central Region Tournament Team this season.

Walker, a 5'9'' junior setter from Lincoln (Southwest HS), was a First Team All-NSIC selection this season for Wayne State ranking sixth in the NSIC with 10.64 assists per set. She also averaged 2.55 digs per set and had 30 service aces while recording 14 double-doubles. She was named NSIC Setter of the Week October 17th and was voted to the Colorado Premier Challenge All-Tournament Team.

Kneifl was voted AVCA Central Region Coach of the Year after leading Wayne State to a #1 national ranking and a school record 24-0 start to the season. He coached the Wildcats to their first-ever NSIC regular season title and a 30-3 record as WSC was awarded the #1 seed and hosted the NCAA Central Region Tournament last weekend. It was just the fourth 30-win season in school history and the second under Coach Kneifl. He was also voted NSIC Coach of the Year this season with a 19-1 league record.